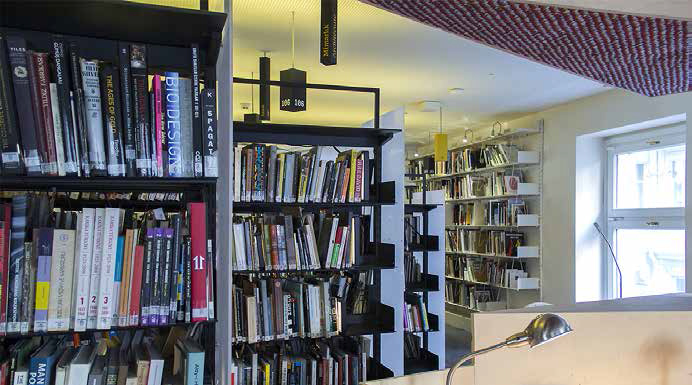 The research projects that will be supported by SAL T,
by a fund totaling 80,000 TL, have been identified.
The institution has increased the number of funded
projects from six to eight this year.
SALT has distributed the 2015 SALT Research Funds, which are
10,000 TL each in value. The institution supporting six research
projects every year since 2013 has decided to support eight projects
this year, due to the increase in the number of qualified
applications. The processes and findings of these projects will be
opened for discussion at a meeting to be held in December 2015.
The selection board, composed of Sibel Bozdoğan, Merve Elveren
(SALT), Lorans Tanatar Baruh (SALT), Meltem Toksöz and
Zeynep Yasa Yaman, has evaluated 181 applications in total, and
has selected the following projects that examine structured environment,
modernity, sensory forms and neglected histories:

Elvan Cobb
“Life Around Rails: A Sensory ApAproach to the Western Anatolian
Railroads Geography”
A research examining the attitude of the Ottoman men to the
changes brought along by the railroads and questioning the
direct relationship between modernity and development.

Baran Çağınlı
“Downfall of Civilianism, Public Events within the Scope of the
State Policy and Practices of the 90’s: Digor”
An analysis of the Digor events on why the remaining people
have lost their “civilian” public features, as civilians lost their lives
in the Eastern and Southeastern geography.

Bilge Köse
“An Industrial Heritage in Social Memory and a ‘Memoire Value’ Narrative:
SE KA Industrial Network”
A research intending to determine and associate the “memoire” value
within the scope of the physical marks left by SEKA, which is an industrial
heritage networks, and the relations built with the urbanites.

Beyza Boyacıoğlu
“Zeki Müren: Exemplary Citizen, Gay Pasha”
An interactive web documentary, which sets off with the identity
of Zeki Müren and focuses on his fans and spaces, and intends to
draw a multilayered portrait of the Turkish society in this context.

Salim Aykut Öztürk
“Turkization in Kurtuluş, Urban Transformation and Dwelling
Biographies”
A classification, through the names of apartment buildings, of
the reflections of the displacements by the Turkization processes
in the Kurtuluş neighborhood of İstanbul following the 1929 fire,
and an analysis of the physical venue productions by the neighborhood
residents.

Eda Tarak
“Murdered Dogs of Habitat II: Tracing Recent History in İstanbul”
A research intending to focus on the period of preparing the Habitat
II event, and read the migration, violence and democracy
history of İstanbul pointing out to displacements, inequalities and
alienations, through the memory of stray dogs.

Ayşe Hilâl Uğurlu
“Architectural Modernization in Ottoman İstanbul, Transformation
of the Social Life and the Selâtin Mosques”
A study that examines the radical transformation in the socio-cultural
life area around the Selâtin mosques during the 19th century, and
investigating the reasons for the changes in the political messages of
these mosques as well as the social life they have created.